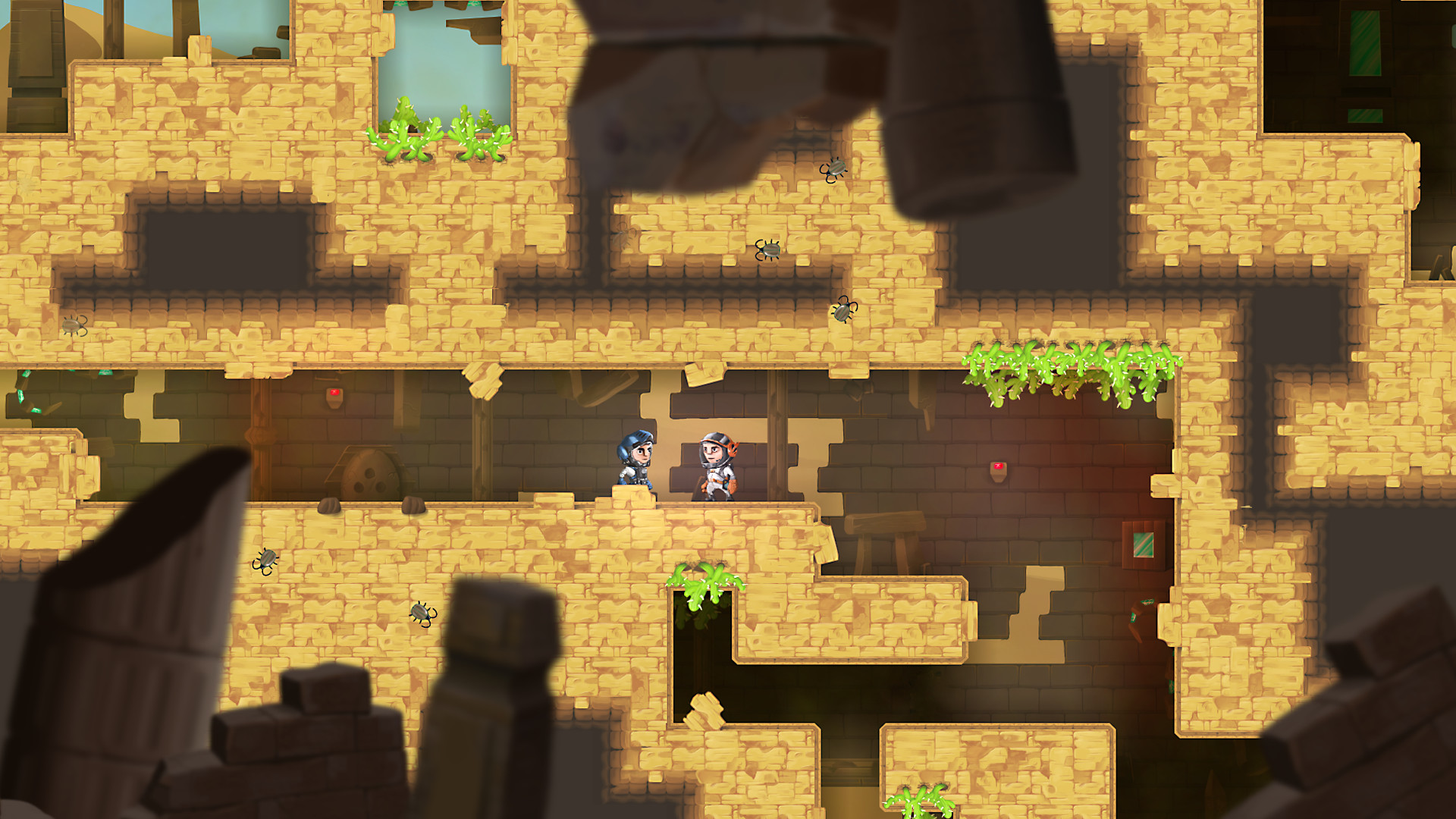 The following are brief upcoming news. It's been a month since the BLACKHOLE release and we've been trying to collect all your feedback. Please, continue to send us your awesome thoughts and ideas.

For a better gameplay experience, we made these changes in this very critical update:

We are working hard to fix these reported issues as soon as possible:

Big thanks to Emilio J. Grao Benedí who is behind the SPANISH version of the game. He helped us with translation of the game - so, everyone who speaks SPANISH can enjoy the game even more!

In the meantime we are working hard to bring you another exciting news! Of course, releasing this update resolves many issues, but we are talking also about the future.

On the 30th of April, you will experience a new chapter from the story! DLC: Testing Laboratory tells the story back on the Earth. Test Lab is kind of a flashback chapter, or a prequel if you want. Our hero just signed up for the Endera's suicide mission, but he wants to be captain of the mission. What really happens and why he ended up as the coffee-guy? Try to uncover this secret!

And even more exciting news! If you don't want to go deep into DLC stories, we are preparing a big content update for all players for free! With version 1.0.5 you will get access to experience "Secret of the Entity". More levels and more story incoming!

UPDATE: Secret of the Entity
Approx. game time: 5+ hours of gameplay
Release date: May 2015
Price: Free for all users

On the other hand, we want to greatly apologize to all players with Windows XP, before this update Windows XP was functional, but we have updated our code to a new engine version which also means that Windows XP is no longer supported (in fact it has never been, but we want to be honest and say this).

Also, we want to thank you for all of your positive reviews and all the reported bugs. We are fully focused on making the game even more enjoyable and looking forward to hear how you like the update on our Steam Discussion forum!